Halloween is quickly approaching so it’s a great time to talk about cities with paranormal activity. There are some cities that are more… prone… to visitors from the past than others.

Why is this so? Well we’ll take a look at the past and see why this could be. Be prepared for what you might read because some of these cities had some dreadful pasts. It makes sense why the spirits remained behind.

If you’re ready for a journey through the alleys, streets, and cemeteries where the dead roam then keep on reading. You may even find some new cringe worthy vacation ideas for this upcoming Halloween.

P.S. Some of the links in this post are affiliate links.

St Augustine, FL is considered the “Nation’s Oldest City” so there’s got to be some spirits lurking around the city, don’t you think?! Actually, let’s just dive into some of the most haunted places of St. Augustine!

Hop aboard a Haunted Trolley Tour where you will get to experience some of the most haunted sites of St. Augustine, including the Old Jail. The same company that constructed Alcatraz also built the walls of the Old Jail back in 1891. It was at this jail that some of Florida’s most dangerous criminals were kept.

Also try out St. Augustine’s Haunted Walking Tour that will take you through 2 cemeteries, tell of supernatural events, and ghost stories! There are tales of the St. Augustine lighthouse being haunted. If you’re lucky, maybe you will hear the ghost stories during one of these tours!

Why is New Orleans so haunted you may ask?? Well I did some digging and came across some historical information that might answer those questions! Keep on reading if you still are wondering why it always makes the spooky list!

The Yellow Fever Epidemic impacted New Orleans a great deal. It would be an understatement to say just several lives were lost. THOUSANDS were killed because of this disease. I’m sure there are some spirits still lurking behind because of this epidemic, what do you think?

Unfortunately, slavery was a part of New Orleans history. There was a woman named Madame LaLaurie who did horrible, unspeakable things do the African American people that she enslaved in the 1800’s. It is said that Nicholas Cage purchased her home in 2007, sold it in 2008, and refused to spend the night in the home. I have a feeling there are ghosts and spirits that haunt the premises.

If you are looking for a complete haunted experience when visiting New Orleans, one of the top 10 haunted hotels in the U.S.A is located here (per USA today). Check out Bourbon Orleans Hotel and maybe you will luck up and experience some paranormal activity! 👻

Salem, MA is famously known for the Salem Witch Trials that occurred in the 1600s. During this time, 19 alleged “witches” were hanged and put to death for their crimes. Salem is believed to be haunted by their spirits.

Some people say that the spirits linger at the site of their execution – Gallows Hills.

If you are looking for a haunted experience when visiting Salem, try staying at the Hawthorne Hotel. Not only is it considered one of the Top 20 Haunted Hotels in America, but guests often report experiencing some paranormal activity in several areas of the hotel. The hotel was built on top of Bridget Bishop’s apple orchard (one of the women hanged during the Salem Witch Trial).

If you really want that paranormal experience, it is recommended you request room 612 or room 325.

The Battle of Gettysburg was fought from July 1-3, 1863. Not only was it a turning point in the American Civil War, but it was also a time during the War with the largest number of casualties. Due to this history, visitors to Gettysburg often believe to see lingering spirits and the supernatural.

If you want a haunted experience when visiting Gettysburg, I have compiled a list of common haunted attractions to guide you in the right direction!

Lodging is across the street from the cemetery where President Lincoln delivered the Gettysburg Address. It was also used as a stop on the Underground Railroad. Legend has it that spirits of runaway slaves haunt the premises.

This hotel was used a Civil War hotel! That being said, you know there has to be some injured soldiers and nurses lurking the hallways.

This inn is a little further away. It is located 8 miles west of Gettysburg, but still has a haunted history. Back in the day, this hotel was used as a hospital for soldiers who were unable to be moved when the army retreated.

So as you can see, there’s a wide arrange of activities to meet any age group or activity level. So no matter your reason for visiting Gettysburg, make sure you take some time to experience the history and haunts of the town!

Haunted Things To Do

When we travelled to Savannah on multiple occasions to plan our wedding, we would always see haunted night tours no matter what time of year it was! Savannah’s haunted history dates back as far as the 1700’s. I’m no history buff, but haunted history is a lot more interesting!

Like I mentioned, there are some really interesting haunted ghost tours that you should check out while visiting Savannah. It doesn’t even have to be Halloween! But how much cooler would it be to experience the ghost stories of Savannah during the one time of year you don’t need permission to dress up AND scaring others is encouraged!

If you decide to partake in some of the haunted history, you can learn about haunted stories of the Kehoe twins or Anne Powell while riding in the back of a hearse! Not your thing? Don’t worry because there are walking tours as well! 😊

There is no shortage of paranormal activity in Savannah, GA. So now that you are (hopefully) convinced about the ghosts and spirits that lurk in the alleys and cobbled streets of Savannah, are you ready for your Ghosts and Gravestone Adventure?! <<< Book now because you won’t be disappointed!

Not convinced yet? You’re probably wondering why Savannah is haunted, right? Let’s take a brief look at Savannah’s history….

In 1820, the Yellow Fever epidemic affected Savannah, spreading throughout the town and killing 1/10 of the population!

There have been many bloody battles on the soil of Savannah. In 1779 there was the Siege of Savannah that left 600 wounded and 240 killed.

Savannah endured two major fire outbreaks in 1796 and 1820, simultaneously with the Yellow Fever epidemic. Hundreds of houses and buildings were lost during the fires.

Georgia relied heavily on slave labor until the early part of the Civil War. Stories have it that the once enslaved seek vengeance against their captors.

Are you looking for a haunted encounter during your Savannah trip?!

Start with historic homes like The Hamilton-Turner Inn and 17Hundred90 Inn and Restaurant, both of which have former residents roaming the halls. The Marshall House was used as a hospital in the Civil War and during Yellow Fever outbreaks, while The Kehoe House was a funeral home before becoming an inn. A lady in white has been spotted at Moon River Brewing. Visit even more places on one of the many ghost tours in Savannah.

I hope you enjoy your travels to these spooky places where it’s basically Halloween all year long. Happy travels!

Are there ghost tours in Savannah, Georgia?

YES! There are some really interesting haunted ghost tours that you should check out while visiting Savannah. It doesn’t even have to be Halloween! But how much cooler would it be to experience the ghost stories of Savannah during the one time of year you don’t need permission to dress up AND scaring others is encouraged!

Is Salem, Massachusetts a Halloween town?

Yes! It is one of Massachusetts’s best Halloween towns to visit in the fall!

Why is New Orleans cursed?

Between the Yellow Fever Epidemic and slavery, New Orleans has a haunted past.

Is there supernatural in New Orleans?

If you are looking for the complete haunted experience when visiting New Orleans, one of the top 10 haunted hotels in the U.S.A is located here (per USA today). Check out Bourbon Orleans Hotel and maybe you will luck up and experience some paranormal activity!

And please do me a little favor and share this article with others, for there’s a good chance that it will help them with their travels!

While Sara and Josh may be new to the travel blogging world, that doesn't mean they lack knowledge or experience in booking bougie vacations. With a talent for finding travel deals, Sara and Josh are here to teach YOU some of their tricks to traveling "bougie on a budget." Learn more about their story and please reach out with any questions or comments via e-mail at: [email protected].

How To Save Money When Touring National Parks

37 CHEAP Things To Do in Winston Salem, NC 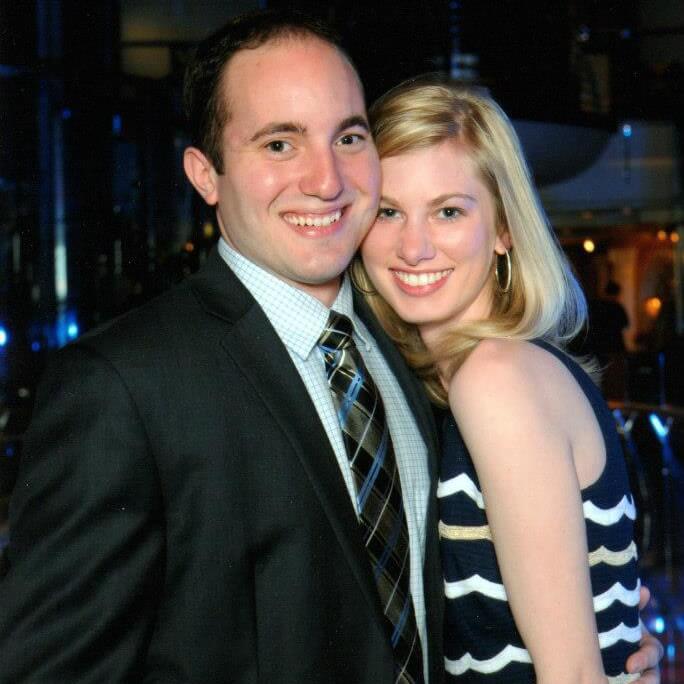 Hey guys! We’re Sara and Josh, a traveling duo often accompanied by our quirky Golden Retriever. Here we share our ways to travel bougie, even on a tight budget.

Be The First To Know The Latest!!